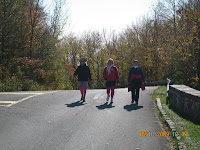 Wow.. its been a lot of months !!! But a lot has been happening since May and I am still mentally trying to deal with it.

As well FB has really eaten a lot of my time.. havent even read blogs per se.... life had/has shifted.. I need to start writing again. I have a friend at work from NFLD... he thinks I'm a hoot - good at a kitchen party... me thinks I could almost do stand up comedy.. something to think about as I go through this reevaluation of me ( mid-life & a start towards menopause - irrespective of what the doc said last year)

But I am slowly pulling out of the clouds as I let my anger rise - which is not productive,nor good, but better than trying to repress it as I thought I should do.

I'll fill ya in at some point .. see side bars, which have to be totally revamped.

Interesting.. tho' in my hiatus and going back to those bloggers that were such regulars in the world I was communicating with.. we've all (most part), lost the momentum after the 2 or so year mark.

Anyways.. the picture above is of a good morning early October with 2 good friends and a chance to jazz with out "ears" - i.e gossip :D

Posted by MedStudentWife at 12:01 PM

Oh, you tease! I hope you are back.

Gosh, LGS.. you comment has made me so happy. For you I will try :D

he P90x Reviews answer is yes Px90 Workout. French fashion house has confirmed the Brit model as the face of their Boy Chanel handbag collection Beats by Dre Headphones. [Karl Lagerfeld] a crush with this unique, charismatic dude, who's both one and musician, during the photo shoot several months ago, Chanel told WWD. This previously unforeseen alliance finally became self-evident Beats by Dre Earphones. Alice Dellal represents the most perfect incarnation off which is unique in regards to the Boy Chanel handbag collection, which strives [to be] not even close conformist notions of femininity.
Yep, Dellal is anything but conventional. And even her trademark punk-rock uniform, the petite 24-year-old is actually a drummer while in the band Thrush Metal and will remain found larking for the streets based in london with Pixie Geldof. Shes far from blonde bombshell Blake Lively, whos the existing face of Chanels Mademoiselle range, but Lagerfeld is acknowledged for his eclectic taste, previously casting Lily Allen for the Cocoon bag range during the past year. Even greater, Alice's androgyny will work brilliantly with the 'Boy' collection Beats by Dre. How refreshing. Px90

I made this widget at MyFlashFetish.com.

MedStudentWife
Me.. a wife of great guy :) The other "me", by employment, is to be the "Mom" in the workplace. I am often referred to as the "Evil Queen of the Universe", or "She Who Must be Obeyed", when thing don't go your way... but actually a bit lost these days as to who I really am. But this too shall pass.

If you are passing time in Paradise ~ say "Hi"

Olga, you too are a rose 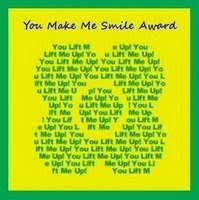 Thank you Olga - the Travelling Bra 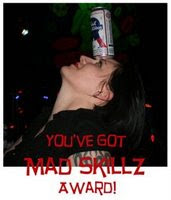 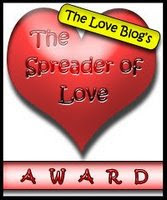